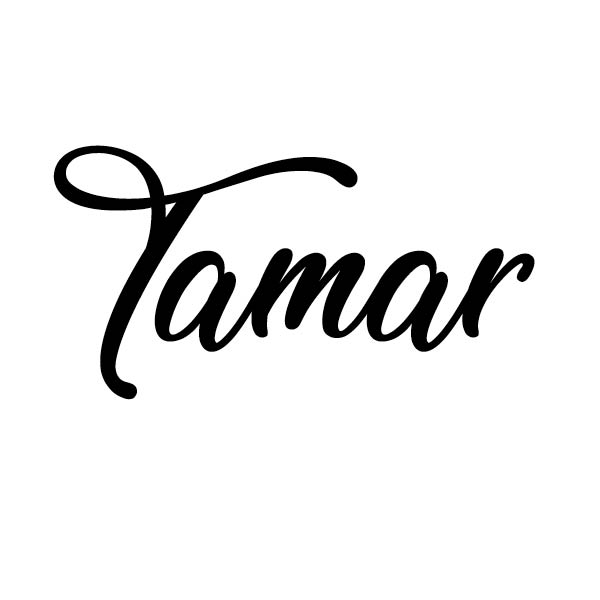 Women in the Lineage of Jesus: Tamar

Five women are mentioned in the lineage of Jesus found in the Gospel of Matthew. At first glance, their inclusion might appear unremarkable yet the fact that they are included is quite incredible. Women played a background role in society yet these five women distinguished themselves with their grit, determination, and courage. They had independent and assertive streaks but also great compassion and love. These five women lived influential lives that made and changed history and their stories still live and speak volumes to us today about faith, hope, obedience, courage, and love. Over the next five weeks, I will share each of their extraordinary journeys and lives, I hope you’ll join me. We begin with Tamar.

The story of Tamar interrupts the storyline of Joseph in the book of Genesis. Scholars debate and speculate over the significance of this story’s placement. I’d love to chase the proverbial rabbits and spend time sharing with you some of their thoughts but our attention is turned towards Tamar.

“Judah got a wife for Er, his firstborn, and her name was Tamar.” Genesis 38:6

Judah had chosen to leave the area where his family lived and travel into Canaanite land. He also chose to marry outside his clan -a major taboo. He married the daughter of Shua who bore him three sons. Like today, a baby’s name in ancient times was chosen carefully. The parents felt the name held a hope or a promise for the child’s future. Sometimes, the parents named their child to signify an emotion or an event. (Genesis 29:31-30:24) When Tamar was born, she was given a name that meant “date palm.” Maybe her parents saw her as an oasis in the dry land and hoped she would be fertile and fruitful like this tree found in the desert.

“But Er, Judah’s firstborn, was wicked in the LORD’s sight; so the LORD put him to death.Then Judah said to Onan,“Lie with your brother’s wife and fulfill your duty to her as a brother-in-law to produce offspring for your brother.” But Onan knew that the offspring would not be his; so whenever he lay with his brother’s wife, he spilled his semen on the ground to keep from producing offspring for his brother. What he did was wicked in the LORD’ s sight; so he put him to death also.” Genesis 38:8-10

Tamar, however, was unlucky in love and marriage. Unfortunately, she had little choice in picking out her groom. Marriage was arranged between the families and Er wasn’t a nice guy in God’s eyes. Rabbinical tradition suggests that Er prevented Tamar from conceiving a child. He easily could have also been dishonorable to God or his parents. Living with a wicked man,Tamar might have viewed Er as an error. Onan, his brother, turned out to be cut from a similar cloth. He had an obligation to take Tamar as his wife and provide for her. He was to perform his duties and engage in a levirate marriage with her. This type of marriage provided the deceased with an offspring to ensure the continuation of the deceased’s lineage. Onan, however, treated Tamar like a harlot, not a wife. His act of self-gratification became the origin of the word onanism. The Lord viewed Onan’s act as wicked and he was also put to death leaving Tamar childless and husbandless and I think the talk of the town.

Levir in the word, levirate, is Latin for husband’s brother, brother-in-law. This custom was in effect before the Law of Moses had been given. Around 450 years will pass before the Law will be given to Moses following the deliverance of God’s people out of Egypt. (Genesis 15:12-17; Galatians 3:16,17)

“If brothers are living together and one of them dies without a son, his widow must not marry outside the family. Her husband’s brother shall take her and marry her and fulfill the duty of a brother-in-law to her. The first son she bears shall carry on the name of the dead brother so that his name will not be blotted out from Israel.” Deuteronomy 25:5,6

Widowhood brought dishonor, reproach, destitution, and little to no financial means for a woman but a widow without children was even more devastating. Having a child was extremely important to a young woman living in ancient times. Children provided protection and security, particularly male children. The Levirate marriage offered a way to provide and help the widow. The Law given by God to Moses for His people also instructed that if the man refused to marry his brother’s wife he must go before the elders and announce his decision. His brother’s widow would then remove one of his sandals and spit in his face. The brother and his descendants would then be known as the Family of the Unsandaled. (Deuteronomy 25:5-10)

Following the deaths of his two older sons, Judah, perhaps fearing for the life of his remaining son, sends Tamar home to her family until he summons for her to return. But Tamar’s wait was long and lonely and although she was not seen as a true widow in the eyes of society because of Judah’s remaining son, she felt like one. She was shunned, forgotten and deceived.(Genesis 38:11-13)

“she took off her widow’s clothes, covered herself with a veil to disguise herself, and then sat down at the entrance to Enaim, which is on the road to Timnah. For she saw that, though Shelah had now grown up, she had not been given to him as his wife.” Genesis 38:14

Tamar decides to take action and change her life. She wants justice and she won’t be denied. She had been told her father-in-law’s whereabouts and she puts a plan into action. One that was incredibly risky and dangerous. She disguises herself and waits at the fork in the road. Since his wife died, Judah, feeling lonely perhaps, approaches Tamar fooled into thinking she is a prostitute. A veil covering her face and the passing of time are on her side; Judah doesn’t recognize her. They negotiate a price for her services. Some prostitutes received as little as a loaf of bread in payment but Judah grants her a goat and gives her a pledge of proof until he can deliver the goat.

“He said, “What pledge should I give you?” “Your seal and its cord, and the staff in your hand,” she answered. So he gave them to her and slept with her, and she became pregnant by him. After she left, she took off her veil and put on her widow’s clothes again.” Genesis 38:18,19

Judah tried to make good on his pledge. He sent a goat by his friend but Tamar was nowhere to be found. The seal, cord, and staff were the proof Tamar needed to protect herself. These objects proved Judah’s identity as well as symbols of his power, status, and wealth. Tamar risked her life and her reputation on the hope that she would conceive and Judah would have mercy upon her and her unborn child. His child. When Judah hears of her pregnancy, he seeks to cleanse his family of her dishonor.

“About three months later Judah was told, “Your daughter-in-law Tamar is guilty of prostitution, and as a result she is now pregnant.” Judah said, “Bring her out and have her burned to death!” As she was being brought out, she sent a message to her father-on-law. “I am pregnant by the man who owns these,” she said. And she added, “See if you recognize whose seal and cord and staff these are.” Judah recognized them and said, “She is more righteous than I, since I wouldn’t give her to my son Shelah.” And he did not sleep with her again.” Genesis 38:24-26

Desperation had led Tamar to perform a forbidden act. She took a great gamble that she knew Judah would be honorable and fortunately, she was correct. This formidable woman was doubly blessed to have conceived twins. Tamar sinned deliberately and purposefully by using sex to manipulate and deceive Judah in order to produce a child and have justice. Do you agree with the choices she made? Was she justified? Who committed the greater sin, Judah or Tamar?

“When the time came for her to give birth, there were twin boys in her womb. As she was giving birth, one of them put out his hand; so the midwife took a scarlet thread and tied it on his wrist and said, “This one came out first.” But when he drew back his hand, his brother came out, and she said, “So this is how you have broken out!” And he was named Perez. Then his brother, who had the scarlet thread on his wrist, came out and he was given the name Zerah.” Genesis 38:27-30

Throughout scripture, God chooses the weak, the desperate, the brave, the messed up, the least, and the hopeful to bring about a glorious restoration. He examined the motives of Tamar and blessed her by choosing her to be a part of a greater storyline. The lineage of Jesus carries on through Perez, the son she bore to Judah.

To know the full story of Tamar, read Genesis 38.