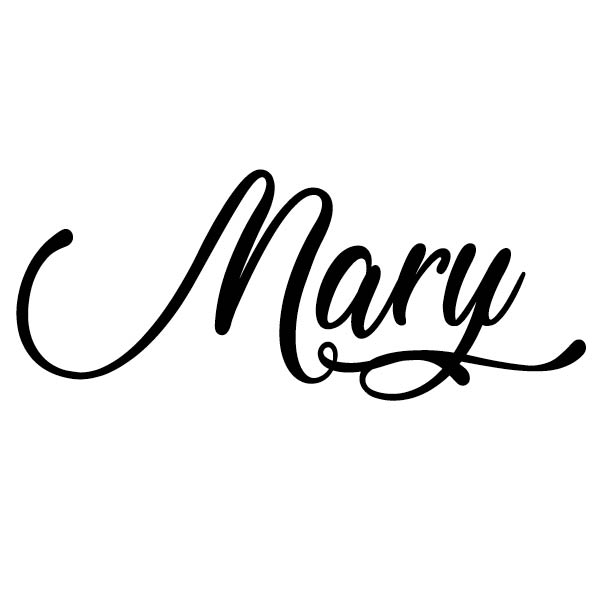 Women in the Lineage of Jesus: Mary

I hope you have enjoyed and gained understanding from this five week study on the Women in the Lineage of Jesus. If you’d like to read the other posts in this series, click on Tamar, Rahab, Ruth, or Bathsheba for their respective post. This series will come to a close today with my friend, Sharonda, sharing about Mary. I appreciate her giving of her insights and gifts with us the last two weeks. Thank you Sharonda!

When I was five years old, I was cast as “Mary” in our kindergarten Christmas play. I still remember the excitement of learning about the mother of Jesus, studying my lines, and having a blue bed sheet draped over my head and shoulders before I stepped on stage. I think my interest and admiration for Mary started that Christmas as I prepared for the program. I knew, even then, that Mary was someone special.

Mary was the one person who was with Jesus during his entire life on Earth. Have you ever considered that? She was the only one who was there with Jesus from the cradle to the cross. She gave birth to him as her baby and watched him die as her Savior. Wow.

Mary of Nazareth is also one of the few women in the Bible whose life story we know. We see her in scriptures as a young girl, as a mother, and as a grown woman. We tend to think of Mary as this delicate figurine (always dressed in blue!) that sits lovingly in the nativity set we put out each December. But when you examine the life and character of the Mary revealed in scripture, it’s soon evident that she doesn’t sit passively wearing powder blue. Mary loved God passionately with her whole heart. A passion that has inspired me since I was five years old.

May It Be: Woman of Faith

Mary’s story begins in Nazareth,  a small hill town on a caravan route through the country. She was a young, poor Jewish girl engaged to a carpenter named Joseph when the angel Gabriel showed up. Most Bible scholars suggest that Mary was between 13-16 years of age; a very common age for young women to be engaged and marry in biblical times. Back then, under Jewish law, the moment of engagement, not the moment of the wedding ceremony, was the moment when a couple were considered husband and wife. The engagement could only be broken by official divorce.

Mary was pregnant and about to become a teenage mother. From every reading of the Gospels, the point is clear that Joseph knew he wasn’t the child’s father. Mary’s reputation and relationship status were in jeopardy. She would have known that she was about to be labeled as an adulteress and no doubt would be publicly shamed. She knew that Joseph’s reputation would be called into question. She knew that her child would be taunted and ostracized. She even knew that the law stated she could be stoned. So, think about it, within minutes and out of nowhere: An angel startles Mary with a visit, she finds out she’s going to have a baby without intercourse; learns that her son will be the Messiah, and all of this means that she’ll be known as an adulteress. I’m thinking none of this was exactly good news! That was Mary’s world.

Surely, Mary was surprised. But the biggest surprise to me is what Mary does next. She consented to God’s plan. Didn’t she wonder if there was an easier way?! The angel called Mary “favored one” and told her that the Lord “is with you” (Luke 1:28, 43). Obviously, God thought very highly of her which is why she was chosen for this role. Gabriel read to her God’s good news, mighty strange news, but Mary agreed with the simple spoken words “May it be…” (Luke 1:38). The inner seams of life as she knew it have been ripped apart and she responds, “May it be.”

Many of us have read this story so many times that Mary’s act of consenting to the angel’s words seem commonplace. Words we take for granted. Knowing that society would accuse her, we need to be surprised, actually amazed, with her response. God knew that Mary was a woman of strength and obedience. In this tremendous act of faith, we observe Mary living her life knowing that she’s loved by God. She would one day be highly honored as the mother of the Savior but until then she would know firsthand how disgrace feels in her community.  Mary’s submission to God’s plan would cost her dearly, yet she was willing to be God’s servant. Her life would never be normal again. Her family, friends, and town would never look at her the same way again.

Mary’s Song: A Woman of Justice

As soon as the angel Gabriel left, Mary hurried down to the home of her older relative, Elizabeth, to share the good news. Mary knew that Elizabeth, an aging wife of a priest, had also been visited by God and that she, too, would give birth to a special son. As soon as Mary crossed the threshold, Elizabeth burst into a poetic blessing for Mary which Mary echoed back with what God was doing in her own life. Here are the first lines of Mary’s Song, found in Luke’s first chapter.

46 Mary responded, “Oh, how my soul praises the Lord. 47 How my spirit rejoices in God my Savior! 48 For he took notice of his lowly servant girl,and from now on all generations will call me blessed. 49 For the Mighty One is holy, and he has done great things for me. 50 He shows mercy from generation to generation to all who fear him. 51 His mighty arm has done tremendous things! He has scattered the proud and haughty ones. 52 He has brought down princes from their thrones and exalted the humble. 53 He has filled the hungry with good things and sent the rich away with empty hands. 54 He has helped his servant Israel and remembered to be merciful. 55 For he made this promise to our ancestors, to Abraham and his children forever.” Luke 1:46-55 NLT

The Message states the verses this way:

And Mary said, I’m bursting with God-news; I’m dancing the song of my Savior God. God took one good look at me, and look what happened— I’m the most fortunate woman on earth! What God has done for me will never be forgotten, the God whose very name is holy, set apart from all others. His mercy flows in wave after wave on those who are in awe before him. He bared his arm and showed his strength, scattered the bluffing braggarts. He knocked tyrants off their high horses, pulled victims out of the mud. The starving poor sat down to a banquet; the callous rich were left out in the cold. He embraced his chosen child, Israel; he remembered and piled on the mercies, piled them high. It’s exactly what he promised, beginning with Abraham and right up to now.” Luke 1:46-55

Mary’s bold plea in song, recorded here in Luke 1:46-55, proclaimed hope to a dark and fearful world. These words continue to bring challenge and hope to us today. When Mary declared that God “has brought down rulers from their thrones,” anyone listening at the time would have heard implications for Herod the Great and Rome. They knew Herod had assassinated his own family members and taxed Israel unjustly. But, Mary was already pointing toward the hope of Jesus the Messiah. He would stand against oppressive leaders and promised revolution to the poor and needy.

As a first-century poor woman, injustice was a common experience. Mary would have risked treason and possible death for disturbing the “peace” if she had stood up in Jerusalem and announced that the proud, the rulers, and the rich would be yanked down from their high places. These words would have been viewed as an act of protest, if not revolution or rebellion. If these bold words and actions show what Mary was really like, then the image we have of Mary needs an upgrade. The first thoughts of her that come to mind should be ones reflecting the  kind of passion we find among people active in social justice. Mary was spirited, bold, and convicted. Tender, yes, but I also think Mary was tenacious. She loved God with her whole heart and that love overflowed. The Mary, we see in scripture consistently talks about Jesus and points us all to Jesus.

Not a “Nice” Girl

I read a book a few years ago by Lynn Hybels called  Nice Girls Don’t Change the World. The author talks about how as people pleasers, not rocking the boat and just floating along, we don’t really impact anything. We have to be active and trust God to empower us to do His will. Nice girls (and guys) shy away from conflict. Passionate people fight injustice and oppression.

Mary certainly wasn’t a “bad girl” in the Bible, but under that definition, Mary was not a nice girl either. She was a game changer. She pointed to the ultimate game changer – Jesus.

If you are interested in learning more about Mary, I suggest reading The Real Mary by Scot McKnight. This book has been a tremendous reference and resource for me.

Now, let’s be people of conviction and passion as we follow Jesus. MAY IT BE!

Sharonda Medina loves the Lord wholeheartedly. In her local church, she serves as a Lay Minister and as the Director of College Ministry. Sharonda has a BA in Communication from American University in Washington, DC and a Masters in Ministry Leadership from Rockbridge Seminary. She is married and has a very active preschooler.