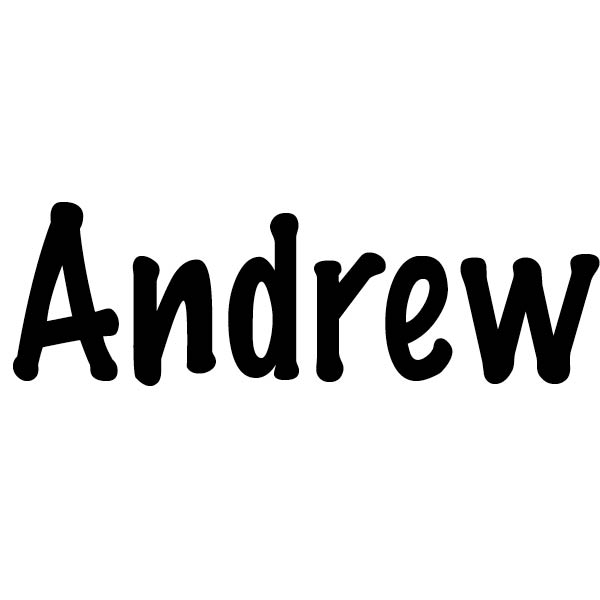 The Twelve Apostles of Jesus: Andrew

Who are these twelve men that said yes to Jesus? I’d like to know, wouldn’t you? Each week, throughout the summer, I’ll be posting about these faithful men who believed and shared the gospel of Jesus Christ with the world.

“One of those days Jesus went out to a mountainside to pray, and spent the night praying to God. When morning came, he called his disciples to him and chose twelve of them, whom he also designated apostles: Simon (whom he named Peter), his brother Andrew, James, John, Philip, Bartholomew, Matthew, Thomas, James son of Alphaeus, Simon who was called the Zealot, Judas son of James, and Judas Iscariot, who became a traitor.”                         Luke 6:12-16

Did you know that Andrew was the first disciple of Jesus? Some refer to him as the Protoclete: the First Called. Originally, Andrew was a follower of John the Baptist. He and another unnamed disciple were with John when they encountered Jesus.

“The next day John was there again with two of his disciples. When he saw Jesus passing by, he said, “Look, the Lamb of God!” When the two disciples heard him say this, they followed Jesus. Turning around, Jesus saw them following and asked, “What do you want?” They said, “Rabbi” (which means Teacher), “where are you staying?” “Come,” he replied, “and you will see.” So they went and saw where he was staying, and spent that day with him. It was about the tenth hour. Andrew, Simon Peter’s brother, was one of the two who heard what John had said and who had followed Jesus. The first thing Andrew did was to find his brother Simon and tell him, “We have found the Messiah” (that is, the Christ). And he brought him to Jesus.”       John 1:35-42

That day with Jesus impressed Andrew and changed his life. He couldn’t wait to tell his brother Simon (later called Peter) about Jesus and introduce them. Andrew believed that the Rabbi he met that day was the Messiah and Andrew’s judge of character was spot on. Originally from the town of Bethsaida, Andrew was a fisherman on the Sea of Galilee like his father, Jonah and his brother. He, later, moved with his brother Simon Peter to Capernaum.

Most scholars agree that Andrew was one of the followers closest to Jesus but sometimes, I think, he must have felt like a fourth wheel, particularly when he was odd man out with Peter, James, and John.

As one of the Twelve disciples, Andrew’s life required courage and bravery as he worked to share the gospel of Jesus Christ in the midst of persecution with everyone he encountered. His life mirrors the meaning of his name which is “manly, of valor.” His name also reflects his parent’s openness to the mixed ethnic culture around the Sea of Galilee since his name is of Greek origin and not Aramaic.

Andrew is highlighted a few times in scripture. In the story of the feeding of the five thousand, Jesus sees a crowd following him and decides they need to be fed. He asks the disciple Philip a question about the logistics of feeding such a large group. Andrew, thinking ahead, had spotted a boy with a basket of fish and loaves. He brings the boy to Jesus.

“Another of his disciples, Andrew, Simon Peter’s brother, spoke up, “Here is a boy with five small barley loaves and two small fish, but how far will they go among so many?” John 6:8-9

Very pragmatic, Andrew is uncertain how the boy’s meager meal will feed such a crowd. He has his question answered in a very literal way along with the other eleven disciples.

“When they had all had enough to eat, he said to his disciples, “Gather the pieces that are left over. Let nothing be wasted.” So they gathered them and filled twelve baskets with the pieces of the five barley loaves left over by those who had eaten.” John 6:12,13

Andrew was always bringing people to encounter Jesus. He was a connector, a networker. He wanted others to see and experience Jesus as he had. Andrew liked forming a community. In the next example, some Greeks approach wanting to meet Jesus.

“Now there were some Greeks among those who went up to worship at the Feast. They came to Philip, who was from Bethsaida in Galilee, with a request. “Sir,” they said, “we would like to see Jesus.” Philip went to tell Andrew; Andrew and Philip in turn told Jesus.” John 12:20-22

Philip turned to Andrew for help and advice. He knew that Andrew would know what to do. Andrew with Philip takes the request to Jesus. The last significant account involving Andrew follows an incident as Jesus and his disciples leave the Temple. As they depart, one of them remarks about the beauty and majestic scale of the Temple. Jesus replies that not a single stone will be left for all will be thrown down. To talk of the destruction of the dwelling place of God would be an unusual statement to make. I imagine, during the walk across the terrain to the Mount of Olives, questions began forming in the disciples’ minds. After they arrive at the Mount of Olives and are seated, Andrew finds a place to sit near Jesus along with Peter, James, and John and they ask Jesus privately about what he had said leaving the Temple.

“As Jesus was sitting on the Mount of Olives opposite the temple, Peter, James, John and Andrew asked him privately, “Tell us, when will these things happen? And what will be the sign that they are all about to be fulfilled?” Mark 13:3,4

Andrew introduced others to the Messiah. He wanted them to meet and learn truth. But in this account, Andrew reveals his own truth-seeking nature to understand and know of things to come. Andrew had a heart open to the things of God, first as a follower of John the Baptist and later as a disciple of Jesus. Scholars deduce that Andrew’s missionary work took him to Greece, the Ukraine, and Scotland in addition to other countries. Andrew was crucified around 69 AD in Patras, Greece on a structure called the Saltire, an x-shaped cross, and also known as the Crux Decussate. Legend states that Andrew refused to be crucified in the same manner as Jesus and pleaded with his executioners to crucify him in a different manner. The Saltire is commonly referred to as the Saint Andrew’s Cross.

VERSE OF THE DAY
Do not merely listen to the word, and so deceive yourselves. Do what it says.
James 1:22
DailyVerses.net
RECENT POSTS