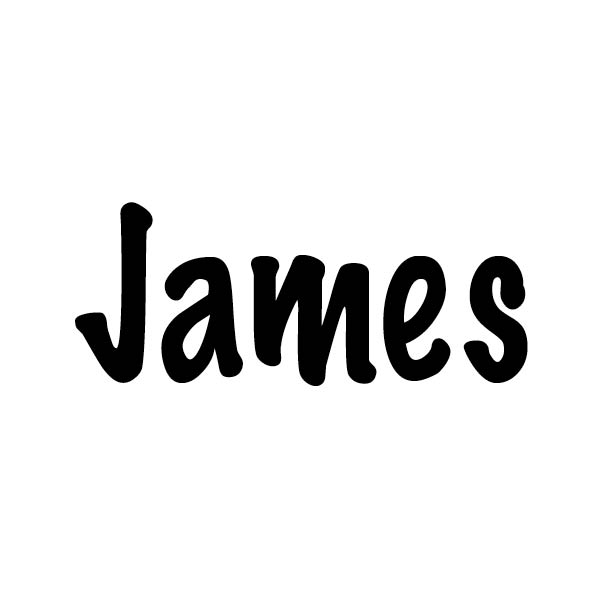 The Twelve Apostles of Jesus: James

The apostle I will highlight today is James. Over the last few weeks, I’ve shared the biblical stories of two apostles: Peter and Andrew. These apostles not only served in ministry with James, but they also shared common work with him as fishermen. Some scholars suggest that James and his brother John were first cousins to Jesus. They believe that Jesus’ mother, Mary, and James’ mother, Salome, were sisters. In addition, some scholars believe that James and John were of priest and royal descent: Their father from the tribe of Levi and their mother from the tribe of Judah.

James is often referred to as James the Greater, James the Major, or James the Elder to distinguish him from the Apostle James son of Alphaeus. In scripture, he is usually paired with his brother John. A funny trivia fact: James is not mentioned by name in the gospel bearing his brother’s name. Wonder if some sibling rivalry existed? He is also not the author of the book of James.

“As Jesus walked beside the Sea of Galilee … he saw James son of Zebedee and his brother John in a boat, preparing their nets. Without delay he called them, and they left their father Zebedee in the boat with the hired men and followed him.” Mark 1:19-20

Since James is listed before his brother, he was most likely older. His family must have had means because they had hired men to help with fishing. James, like Peter and Andrew, left his life behind in order to follow Jesus and he did so quickly. James was one of the three apostles that was particularly close to Jesus. He joined Jesus along with Peter and John when Jesus raised Jairus’ daughter from the dead (Mark 5:37-47). He also accompanied Jesus on the mount when he was transfigured before their eyes (Matthew 17:1-3). In the Garden of Gethsemane, James, Peter, and John were requested by Jesus to follow him a little further and keep watch while he prayed more fervently to God (Matthew 26:36-46). Jesus must have had great affection and friendship for this man that he counted him among his closest companions.

“As the time approached for him to be taken up to heaven, Jesus resolutely set out for Jerusalem. And he sent messengers on ahead, who went into a Samaritan village to get things ready for him; but the people there did not welcome him, because he was heading for Jerusalem. When the disciples James and John saw this, they asked, “Lord, do you want us to call fire down from heaven to destroy them?” But Jesus turned and rebuked them, and they went to another village.” Luke 9:51-56

James reveals a quick, impulsive temper in this passage. Perhaps, this very nature led Jesus to nickname James along with his brother, the “Sons of Thunder ” (Mark 3:17). Another time, the brothers and their mother sought high aspirations for themselves when they requested preferential seating next to Jesus in his kingdom (Matthew 20:20-23; Mark 10:35-37). Certainly, they didn’t expect Jesus to say that those who want to become great must be a servant and those who desired to be first must be a slave (Matthew 20:24-28). James had more to learn about being a disciple of Jesus. Tradition records that after the Ascension of Jesus, James went to Spain to share the gospel message with the people. He became the first Apostle martyred for the faith when King Herod Agrippa I ordered his execution around 42-44 AD.

“It was about this time that King Herod arrested some who belonged to the church, intending to persecute them. He had James, the brother of John, put to death with the sword.When he saw that this pleased the Jews, he proceeded to seize Peter also. This happened during the Feast of Unleavened Bread.”  Acts 12:1-3

Curious to know more? On Wednesday, I will share some links for more information about the Apostle James.

Come and I Will Sing You by Great Big Sea