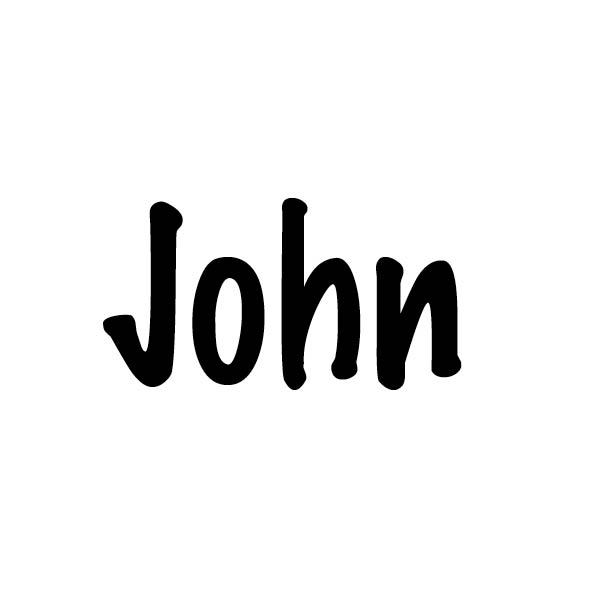 The Twelve Apostles of Jesus: John

Last month, I began a summer series called The Twelve Apostles of Jesus. Peter, Andrew, and James are the apostles we’ve studied so far. Today, we will learn about John.

While on the seashore preparing the nets for fishing, John was asked by Jesus to become one of his disciples. Scripture records that he left his father in the boat and followed Jesus (Mark 1:19,20). John shared the same experiences that they all had as followers of Jesus but he also experienced special times when Jesus took him aside with James his older brother and Peter. During those times, John was privileged to see events that astonished him but also revealed more about who Jesus was. He is often called the beloved disciple because of the references to him in the gospel of John as “the disciple whom Jesus loved.” (John 13:23;19:26; 21:7,20)

John is also thought to be the other disciple that followed John the Baptist (John 1:35-39), the other one at the house of Caiaphas following the arrest of Jesus (John 18:15,16), and the one who entered the tomb after Peter (John 20:3-8).

John displayed a zealous and passionate temper for the Lord (Luke 9:51-56). He expressed feelings of intolerance towards those who were not followers of Jesus.

John had much to learn about the right way to be a follower of Jesus. His actions were corrected multiple times by Jesus. Perhaps this command of Jesus is the one that influenced John’s life the most.

“My command is this: Love each other as I have loved you. Greater love has no one than this, that he lay down his life for his friends. You are my friends if you do what I command. I no longer call you servants, because a servant does not know his master’s business. Instead, I have called you friends, for everything that I learned from my Father I have made known to you. You did not choose me, but I chose you and appointed you to go and bear fruit – fruit that will last. Then the Father will give you whatever you ask in my name. This is my command: Love each other.” John 15:12-17

After the Resurrection and Ascension of Jesus, John’s overriding message was about loving one another. Five books are traditionally ascribed to his authorship: The Gospel of John, 1,2,3 John and Revelation. These writings were all written late in the first century near the end of John’s life. Scholarly debate does exist as to certified authorship of his gospel but historically, the authorship swings in his favor. These writings display a simple and succinct writing skill and John’s uncanny ability to turn a memorable phrase. He wrote using opposites like light/ dark, love/hate, and black/ white to get his strong viewpoint across to the reader. They also contain some of the most beloved passages of scripture.

“For God so loved the world that he gave his one and only Son, that whoever believes in him shall not perish but have eternal life. For God did not send his Son into the world to condemn the world, but to save the world through him.”  John 3:16,17

“This is how we know what love is: Jesus Christ laid down his life for us. And we ought to lay down our lives for our brothers.” 1 John 3:16

“And this is love: that we walk in obedience to his commands. As you have heard from the beginning, his command is that you walk in love.” 2 John 6

No middle ground existed for John. He felt a person must choose between following Jesus or not following him. John’s gospel also contains events not found in the other gospel accounts. If not for John, we would not have these stories: the wedding at Cana (John 2), the encounter with the Samaritan woman at the well (John 4), the resurrection of Lazarus (John 11), the washing of the disciples’ feet (John 13), and the priestly prayer of Jesus for his disciples (John 17). I think the most impactful statements that John recorded Jesus saying are the seven “I am” statements.

Jesus shared a special bond of friendship with John. At the Last Supper, Jesus had John seated next to him in the position reserved for the attendant who was usually the youngest at the meal. Perhaps because John might have been the youngest of his twelve apostles, Jesus had a big brother’s affection for him. John was the only apostle listed as present at the cross and Jesus tasked him with the responsibility of caring for Mary, his mother.

“When Jesus saw his mother there and the disciple whom he loved standing nearby, he said to his mother, “Dear woman, here is your son,” and to the disciple, “Here is your mother.” From that time on, this disciple took her into his home.” John 19:26, 27

Before Jesus returned to heaven, he shared a meal with his disciples on the shore of the Sea of Galilee. Jesus took Peter aside to speak with him but John followed them.

Some have entertained the idea that John never died because of this comment Jesus made to Peter before His Ascension. However, tradition holds that John was sentenced to being boiled in a vat of oil from which he emerged unharmed. What we do know is that John served as a pillar of the church (Galatians 2:9) and outlived all of his former companions. He was exiled to a penal colony on the Greek island of Patmos. On that island, John received an incredible revelation of Jesus Christ that believers are still trying to unravel and understand.

“The revelation of Jesus Christ, which God gave him to show his servants what must soon take place. He made it known by sending his angel to his servant John, who testifies to everything he saw -that is, the word of God and the testimony of Jesus Christ. … I, John, your brother and companion in the suffering and kingdom and patient endurance that are ours in Jesus, was on the island of Patmos because of the word of God and the testimony of Jesus. On the Lord’s Day I was in the Spirit, and I heard behind me a loud voice like a trumpet, which said: “Write on a scroll what you see and send it to the seven churches…Write, therefore, what you have seen, what is now and what will take place later.” Revelation 1:1-2,9-11,19

Even though he encountered difficulties and trying times of refuting the infiltrating belief system of the Gnostics in the Early Church and the continual persecution for his faith, John didn’t give in to darkness and despair but kept preaching truth, eternal life, and above all, love. I think we could use a bit of John’s central message in our world today.

“This is love: not that we loved God, but that he loved us and sent his Son as an atoning sacrifice for our sins.” Dear friends, since God so loved us, we also ought to love one another.”  1 John 4:10,11