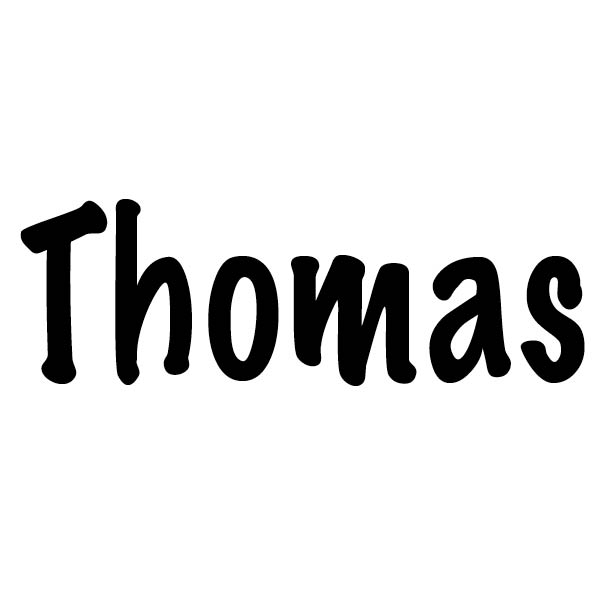 The Twelve Apostles of Jesus: Thomas

I hope you have enjoyed this summer series on the apostles as much as I have. Last week, we learned about Matthew and this week, we focus on Thomas. To start from the beginning or to learn more about the other apostles covered, click on the People of the Bible tab under the header or click here.

The moniker Thomas is probably best known by is “Doubting Thomas.” Scripture refers to him by his Hebrew name, Thomas, and by his Greek name, Didymus. Both of these names mean “twin.” If we apply a little reasoning, I think we can assume that Thomas had a twin brother or sister but the Bible doesn’t provide any additional insight or information regarding his sibling or his family. We also aren’t privy to his call to follow Jesus. He is mentioned in John 21:2 along with others going out to fish so maybe Thomas was a fisherman and a Galilaean.

The few passages that showcase Thomas are all found in the gospel of John. The Synoptic gospels (Matthew, Mark, and Luke) only mention him in the listing of the twelve apostles.

“So then he [Jesus] told them plainly, “Lazarus is dead, and for your sake I am glad I was not there, so that you may believe. But let us go to him.” Then Thomas (called Didymus) said to the rest of the disciples, “Let us also go, that we may die with him.”  John 11:14-16 (brackets mine)

The likelihood of persecution and death was probable near the end of Jesus’ ministry. This fact prompted Thomas to embrace the real possibility when he said “Let us also go, that we may die with him.” He was willing to accompany Jesus into the proverbial lion’s den in order to follow him to the home of Lazarus. Is he expressing resignation, seeds of unbelief, impulsiveness, or realistic certainty? The verdict wavers among commentators.

““And if I go and prepare a place for you, I will come back and take you to be with me that you also may be where I am. You know the way to the place where I am going.” Thomas said to him, “Lord, we don’t know where you are going, so how can we know the way?” Jesus answered, “I am the way and the truth and the life. No one comes to the Father except through me. If you really knew me, you would know my Father as well. From now on, you do know him and have seen him.”” John 14:3-7

Some people believe quickly with little evidence while others take more time. Thomas appears to fall into the latter camp. He needed details and facts before he made a decision. Perhaps he was cautious, a linear thinker, a wrestler with understanding, a slow decision maker, a pessimist, and wary to adopt a strange and new way of thinking. Yet, Jesus chose him to be part of the Twelve. He must have seen the potential within Thomas to believe.

“Now Thomas (called Didymus), one of the Twelve, was not with the disciples when Jesus came. So the other disciples told him, “We have seen the Lord!” But he said to them, “Unless I see the nail marks in his hands and put my finger where the nails were, and put my hand into his side, I will not believe it.” A week later his disciples were in the house again, and Thomas was with them. Though the doors were locked, Jesus came and stood among them and said, “Peace be with you!” Then he said to Thomas, “Put your finger here; see my hands. Reach out your hand and put it into my side. Stop doubting and believe.” Thomas said to him, “My Lord and my God!” Then Jesus told him, “Because you have seen me, you have believed; blessed are those who have not seen and yet have believed.”” John 20:24-29

The other apostles struggled with their own moments of unbelief but Thomas has been pinpointed as the apostle who doubted. He wanted tangible, visible proof. I don’t know if I would have been any different if someone had told me a person came back to life from the dead four days after the person had died. Thomas had no fear of being totally himself before Jesus, doubts and all. Once those doubts were put to rest, his faith stood firm and unshakable. Thomas was the type of person who wasn’t going to believe half-heartedly nor was he the type to base his decisions on emotions. One of the treasures of the Bible and of the Gospel Story is that nothing about human nature has been hidden. The joys, the sorrows, the successes, and the failures of God’s people are on full display. The life of Thomas teaches that doubt is normal and welcome by Jesus. He can handle the questions and is always waiting for our yes to Him.